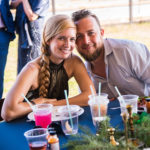 Each month, the Austin Young Chamber will highlight a member who is doing extraordinary work to strengthen our businesses, our community…or both! Showcasing their achievements is just one way we can put a spotlight on the talented, collaborative, and community-focused workforce we have here in Central Texas.

This month we honor Gabriel Krizin, Co-Founder and CEO of ReVisionEd Inc. 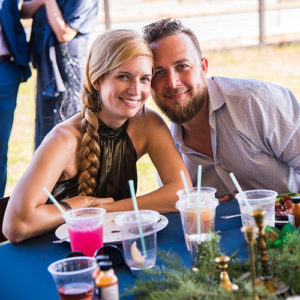 Gabriel has been an Austin Young Chamber member for over five years and in that time, has changed careers and started a new business. The Young Chamber has been an instrumental reason for a smoother transition for Gabriel, both personally and professionally. What does he love most about AYC? He says, “The people, the learning opportunities, networking, and how AYC is always trying to be a support system that helps young professionals grow.”

Currently Gabriel is the Co-Founder and CEO of ReVisionEd Inc., an educational company that focuses on 21st-century skills. He’s had a passion for education since he was a child but initially could not find a way that he could make a difference and have a lasting effect. As his three boys grew toward being school age, he started to take a serious look at how children were engaging in the newest ways of learning and how they were being prepared for the workforce in a meaningful way. He jumped right into the Education sector and says it’s been one of the most rewarding career moves he’s ever made!

Even with his business success, Gabriel has had to overcome obstacles. Resiliency is a term he’s all too familiar with. Back in September 2019, Gabriel was on a ladder and fell, shattering his right heel and breaking his left heel. As someone who’s always on the move, his mind immediately went to if he would walk again (he almost always paces on the phone!). He knew that his mobility was going to be impaired for the foreseeable future. After going through surgery and during recovery, he often found himself feeling just plain STUCK.

He had to find a new normal during recovery and relied on those closest to him to help. On January 17th, his active lifestyle was within reach as he could finally get away from his wheelchair, use a walker, and fully stand on his left foot. And an April update – he can get around without any support around the house! He still uses a cane to walk long distances.

The COVID-19 pandemic broke out just as he was getting out of his wheelchair. Running ReVisionEd was also put on pause as schools stopped in-person classrooms. He had to go back to the drawing board. Breaking both feet had already taught him to be patient and think of new ways of doing things. Through this experience, he listened to his potential and current clients to develop virtual STEM classrooms. He’s been working with school districts, summer camp providers, and parents to help during this difficult time. Through all of this he says, “Time does heal, things will change, and you can never know what will happen tomorrow.”

His advice for young professionals going through a career pivot
“I would say three things.
1. Connect with people in the chamber.
2. Write down a list of things you hate doing and don’t go after those jobs/career paths.
3. Interview people who are doing the job/career you think you want and find out if it is something you would enjoy.”