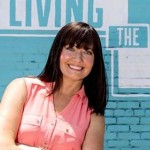 1. How did you get to Austin?
I had been in NYC for four years and was getting tired of not having a closet. I visited Austin one weekend in the fall of 2009 and had enough fun that I decided to quit my job in New York, pack up my life and call FedEx to pick up my belongings. Two months after my visit I took a one way flight to Austin and haven’t regretted it, not for a New York minute.

2. Why did you join the AYC?
When I originally joined (I believe in 2012) I was working at the Omni downtown in sales and I started sponsoring the new member coffee sessions as a way to get new clients. I became more involved again this year for the same reason, it’s a great way to grown your business and social network. Matt’s ok too.

3. What is your favorite lunch spot?
South Congress Cafe for the food, Abel’s on the lake for the views.

4. If you could have any super power, what would it be and what would you use it for?
To never have another hangover? I kid I kid (ish). I’ve always wanted to be able to teleport, how great would it be to just blink and be in another state, country or even neighborhood in Austin without the hassle of traffic and airport security? I don’t think it’s that unrealistic of a notion. I always say if your goals don’t seem just a little bit crazy then you aren’t setting high enough ones.

5. If you could have any celebrity live next door to you, who would it be?
Taylor Swift. I’d borrow a cup of sugar, she’d invite me to come by a little party she’s throwing for some friends, I’d feed her cat when she’s out of town, she’d invite me to join her and the Kennedy’s in the Hampton’s, we’d ride around the neighborhood on my Vespa (I don’t have a Vespa), she’d overhear me singing in the shower and ask me to join her on tour…you get the idea.

6. What are your top 3 things to do/see in Austin?
Take a tour with Austin Tour Company of course! Town Lake and the Bats, Graffiti Art, Hill Country Wineries, Breweries, Distilleries…oh and eat as much queso as my body can handle.

7. If you played hooky for a day, where would we find you?
Near the water. A pool, Town Lake, river floating, Lake Travis…you get the idea. I can’t tell you exactly which one because I don’t want the paparazzi to show up.

8. When people ask you what you do for a living, what do you tell them?
I own and operate Austin Tour Company. We create tours, events and experiences that embody the Austin lifestyle. Check us out at www.austintourcompany.com or email me at nicole@austintourcompany.com to learn more.

9. What do you think is the best invention in the past 50 years?
I’ve said it once and I’ll say it again, the frozen margarita machine.

10. Who was your first Facebook friend?
Tom? Or was that MySpace? I’m old.

11. If you couldn’t live in Austin, where would you want to live?
Neverland