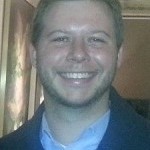 Willie Cecil has started a new venture here in Austin, Texas and would like you to be involved! Visit www.wccouriers.com for all your shipping, delivery, and notary needs. First time users from AYC get a preferred rate! Visit them today!

1. How did you get to Austin?
Through campaigns for elected officials. Moved here in 2009 and got my feet wet with politics on the John Sharp campaign. Went back to Dallas for my next campaign but strongly preferred Austin to Dallas so I moved back here again in 2012 to work for Congressman Doggett.

2. Why did you join the AYC?
Originally I joined to promote the government agency I used to work for but I started to really like the organization so I got them to become a corporate sponsor and stuck around with AYC even after I left that agency.

3. What is your favorite lunch spot?
The closest food truck in vicinity to my empty stomach.

4. If you could have any super power, what would it be and what would you use it for?
Invisibility so I can relentlessly troll my enemies (if I have any)

5. If you could have any celebrity live next door to you, who would it be?
I’d go with Aziz Ansari. He’s just seems funny and down to earth.

6. What are your top 3 things to do/see in Austin?
See a show. Go outside. Schmooze.

7. If you played hooky for a day, where would we find you?
At home glued to Netflix or outside near the river.

8. When people ask you what you do for a living, what do you tell them?
That I used to work in politics until I decided I didn’t want to be allergic to joy anymore so I became an entrepreneur.

9. What do you think is the best invention in the past 50 years?
It’s a blessing and a curse but the Internet.

10. Who was your first Facebook friend?
I honestly don’t know. I was an early adopter so I joined a decade ago when it first started. Back in my day it was a tool to get dates during college. Now it’s just clickbait and unsolicited opinions. #oldmancomplaints

11. If you couldn’t live in Austin, where would you want to live?
Somewhere mountainous like Colorado or northern Italy. 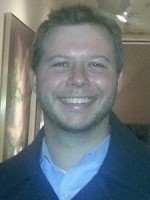