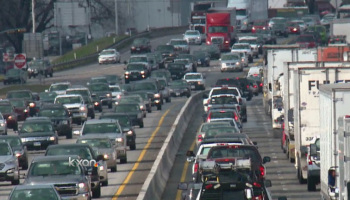 The AYC community is making our presence known in the greater Austin community. It is an honor and privilege to be a representative of AYC in so many diverse conversations and represent our members in planning for the long-term success of our city.

One of those opportunities is the Department of Transit’s Smart City Challenge.

Because of the work our members are doing, I am fortunate to sit at the table and have the opportunity to share the vision for Austin.

The basic fact is that Austin has been growing faster than any other big city in the United States for the last five years and shows no signs of slowing. The population of greater Austin blew past 2 million last year, and it’ll probably double by 2030.

Meanwhile, traffic congestion is our biggest problem. According to a recent survey by the City of Austin, fewer than one in five residents is satisfied with the city’s handling of traffic flow, and no one can figure out why it’s that high. I-35 through downtown Austin is the most congested road in Texas one of the worst in the country.

Long story short, we have too many people for our roadways, and more people are on the way who will fill up any capacity we add to I-35 and our major transportation corridors. No city in the history of the world has paved its way out of traffic problems, and Austin won’t be the first.

But Austin can be the country’s first “smart city” when it comes to urban mobility. The City’s Smart City application outlined several groundbreaking advancements that we can achieve without literally breaking any ground. Here are some of the ways the city—in partnership with dozens of companies including AT&T, Ford, General Motors, Google, IBM, Lockheed Martin, and Siemens—envision using technology to help people get around easier:

When fully implemented, these technological advancements would provide greater opportunities that are now limited by access to having a working car—not to mention the time to navigate our clogged roads. But here’s the best part, and I was pretty excited to hear this myself: Austin is already doing all these things.

In some form, every one of those transportation transformations is already underway in Austin. The City of Austin just partnered with the University of Texas at Austin on a big data project. Google is testing driverless cars in our neighborhoods, and General Motors and Lyft are exploring driverless ridesharing. And the City’s transportation department has been working towards linking all mobility options to Park & Ride centers.

It might seem like Austin never gets around to doing the big projects, but no one ever needs permission to start innovating. As the Mayor likes to say, innovation is in our DNA. It would be great to get the $50 million from the DOT, but if we don’t win the Smart City Challenge we should move full speed ahead into the future. We’ve already begun, and we can’t afford to turn back now. 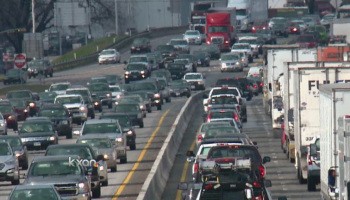