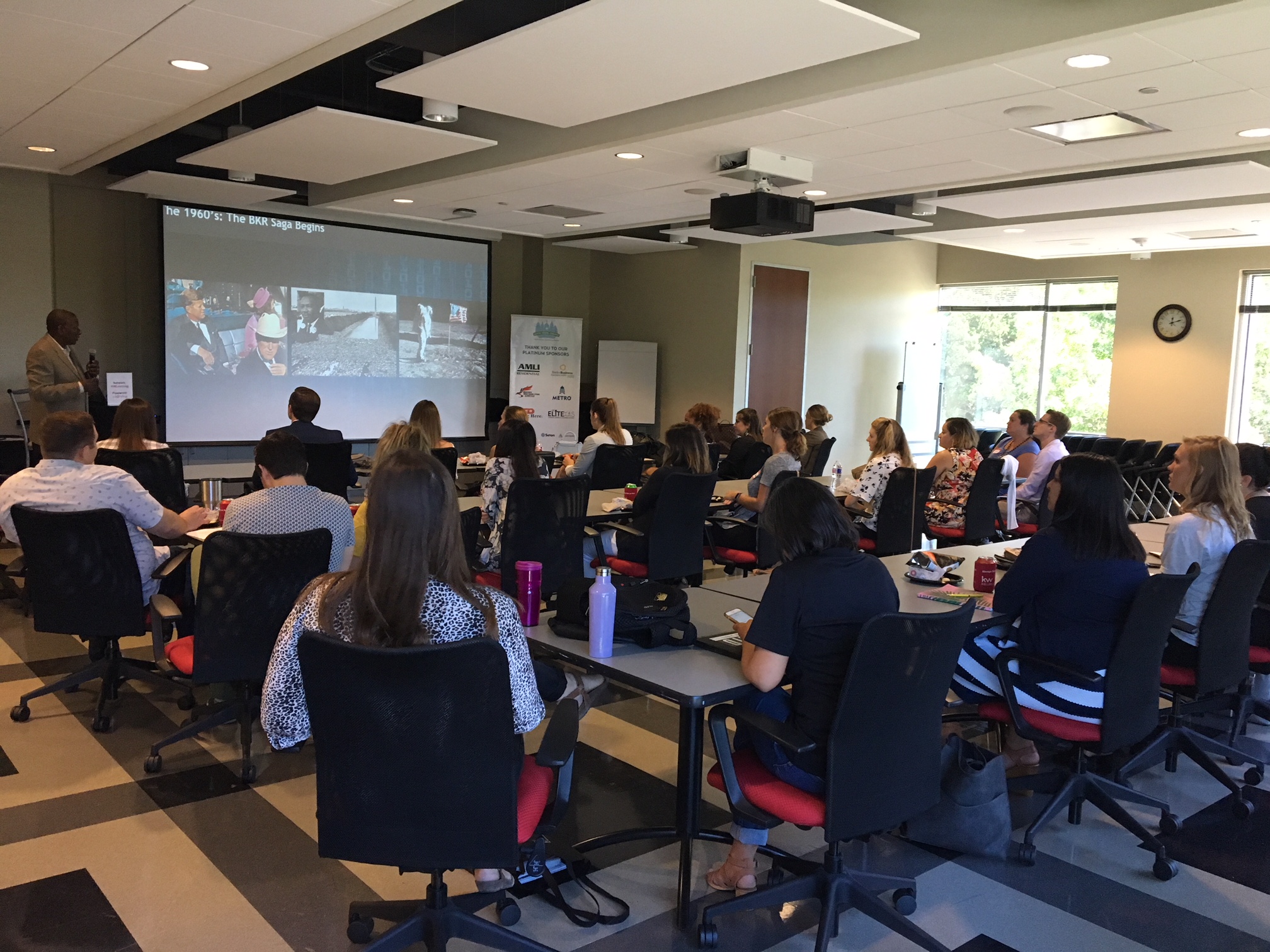 Every month the Austin Young Chamber hosts our monthly Speaker Series with local leaders who share their winding road to leadership and a glimpse into their area of expertise. Last Wednesday, June 27th, we were so glad to have Brian Reaves, Chief Diversity and Inclusion Officer at Dell.

Our members and prospective members had a great time learning about Reaves’ past professional experiences and why his new position at Dell is important in the current tech industry, and in business.

Reaves was raised in the South-Central Los Angeles area before attending UCLA. He discussed his incredible support system, including his mother, that allowed him to overcome common obstacles that teenagers living in South-Central LA faced.

After college, Reaves worked as a software developer, co-founded a company called Beyond Software, and eventually went to work at the software and database company SAP. While at SAP, he founded the successful “Project Propel” powered by SAP (aka his side hustle and passion project), and in doing so made an important transition in his career. “Project Propel” was designed to support a diverse group of young talent who came from humble beginnings, as he had, and help place them in jobs leading to long-term success.

He was later approached by Dell, and after several meetings became Dell’s Chief Diversity and Inclusion Officer.

In his presentation, Reaves emphasized that Diversity and Inclusion is about ensuring that a company’s actions and behavior are appropriate to the extent that every possible individual feels that they can add value to the journey of the company.

Why is this important?

Reaves emphasized that D&I is increasingly becoming a business imperative for growth and success, with studies showing that diversity and inclusion increases customer satisfaction, drives employee engagement, and inspires innovation. He shared with the audience the five D&I Business Imperative Principles that he is at the forefront of applying globally at Dell.

Reaves provided an extensive Q&A for our members, giving them the opportunity afterwards to ask specific questions in order to be successful with their own workplace D&I initiatives.

Thank you to everyone that came out to hear Brian Reaves! We hope to see you at our next Speaker Series on July 25 with Kerby Lane’s Mason Ayer!