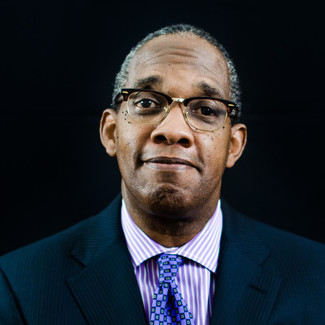 Ashton G. Cumberbatch Jr., is the Executive Director of Seton Foundations. Prior to joining Seton, Ashton served as Police Monitor for the City of Austin; a partner in the law firm of McGinnis, Lochridge & Kilgore, L.L.P., where he was head of the employment law section; and Chief of the Trial Division at the Travis County District Attorney’s Office.  In addition to his work at Seton, he still provides legal counsel at Cumberbatch & Associates.

Cumberbatch is an Associate Pastor at Agape Christian Ministries; and also ministers at Austin Bridge Builders Alliance (ABBA), a faith-based intermediary that influences Christian and community leaders to build partnerships that connect the resources of the Church to the needs of the community.  As part of his ministry, he has been doing cultural competency training since 2001 and is one of the co-authors of the Austin Pastoral Covenant for Racial Reconciliation and the (Austin) Commitment to Racial Reconciliation.

Cumberbatch, a graduate of the 2002 Leadership Austin Essential Class, has an A.B. in Economics from Brown University, as well as a law degree from The University of Texas School of Law.  He is married to his bride of 31 years, Pastor Jennifer R. Cumberbatch, who ministers via her gifts of teaching, preaching, counseling, singing, song writing and acting.  And they are blessed with four children: Graham, Virginia, Benjamin and Elizabeth.

He is a board member of the Greater Austin Chamber of Commerce, KLRU, Central Texas Regional Visioning project. He has served as a co-chair of the 5-year plan curriculum committee for Austin Independent School District. Ashton is a speaker and author of several articles on employment law and employee relations. Ashton holds a B.A in economics from Brown University and a J.D. from the University of Texas School of Law. 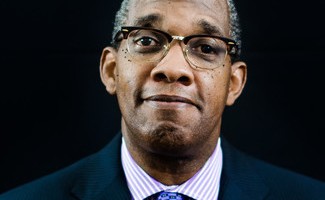