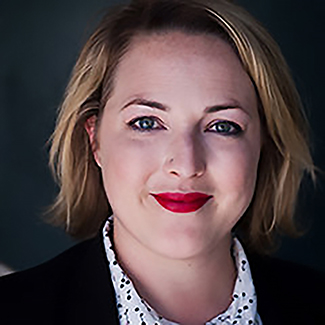 Kelsey has dedicated her life and career to uplifting nonprofits, after originally pursuing a culinary career beginning at 16, until she left the industry and moved to community organizations in her early 20s. In 2009, Kelsey moved to Austin from South Florida and worked at Foundation Communities while she completed her BA in Economics at the University of Texas at Austin. In February of 2019, Kelsey launched The Hitchingham Group consulting company to help local nonprofits form and scale in Austin in order to meet the needs of local citizens.

Kelsey completed the New Leaders Council fellowship in 2018, which she credits with helping her find her leadership voice and introduced her to a network of lifelong friends and colleagues who share the goal of creating progressive change in Austin. She sits on the Board of Directors of Austin Young Chamber was appointed to the City of Austin’s Economic Prosperity Commission in June of 2021. In February of 2020, Kelsey launched Engaging Austin, a podcast dedicated to sharing the work of Austin’s nonprofit and civic engagement leaders.

When not working, Kelsey can be found cooking for her friends, sharing a bottle of rose on a patio bar in East Austin, or catching up on the stack of books she plans to read.