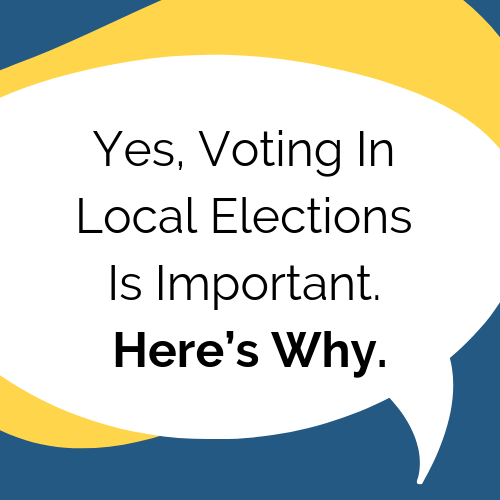 By Amy Stansbury
Amy is a member of the Austin Young Chamber Economic Development Committee. She is also the co-founder of A Functional Democracy, an organization that teaches millennials how to get involved in local government.

But have they ever really explained why?

Unless you’ve been undergoing a complete media blackout for the past few months, you know that there is a big senate race coming up in Texas (I’m looking at you Ted Cruz and Beto O’Rourke) and voting in that race is important.

But what I want to talk to you about today is what’s going on at the very bottom of your ballot. When you walk into the voting booth on Election Day, Cruz and O’Rourke will not be the only names you’ll see. If you keep scrolling, you’ll find Austin’s local elections.

For a lot of people, these are an afterthought. For me, they’re the main event.

So what’s going to be on the City of Austin ballot this year?

First up, the mayor’s race. Everyone who lives in Austin will have the opportunity to vote for our next mayor. This is the person who is going to decide the direction of our city for the next four years.

And that’s not all. Half of our city’s 10 City Council districts are also up for election. If you live in districts 1, 3, 5, 8, or 9 you will have the opportunity to pick your next City Council person in November.

(Don’t know which district you live in? You can look it up here.)

And last but not least, there will be a ton of propositions on the ballot for you to vote on. These will be lettered Props A through K and will allow you to vote yes or no on everything from new city policies to affordable housing bonds.

So why is it so important for you to participate in these local elections?

Because almost nobody does.

That last time we held a mayoral election in this city, more than 85 percent of Austinites did not participate (in the runoff). Eighty-five percent! 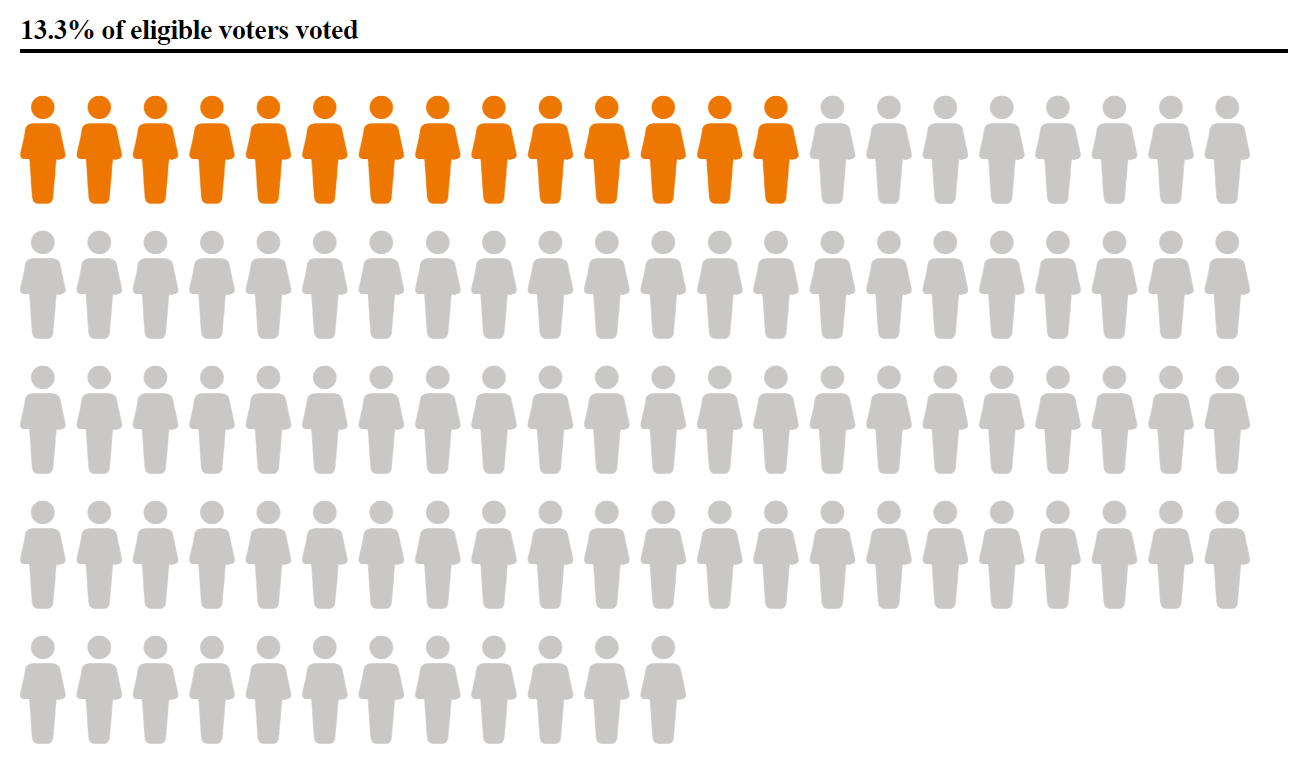 Photo from the Who Votes For Mayor? project

What’s more, people under the age of 30 made up less than 5 percent of the electorate (despite the fact that Austin is one of the largest millennial cities in the country). In fact, voters 65 and older in Austin had 7 times the electoral clout than voters ages 18 to 34.

Photo from the Who Votes For Mayor? project

No offense to our city’s senior citizen population, but the fact that people 65 and up are so great at voting has a real impact on policy. The types of issues the city decides to take up and the decisions that are made are influenced by who participates in the process.
And right now, millennials are simply not participating.

The good news is… we can change that!

Since so few people participate in local elections, a few votes really can make a difference. Just take a look at the chart below. 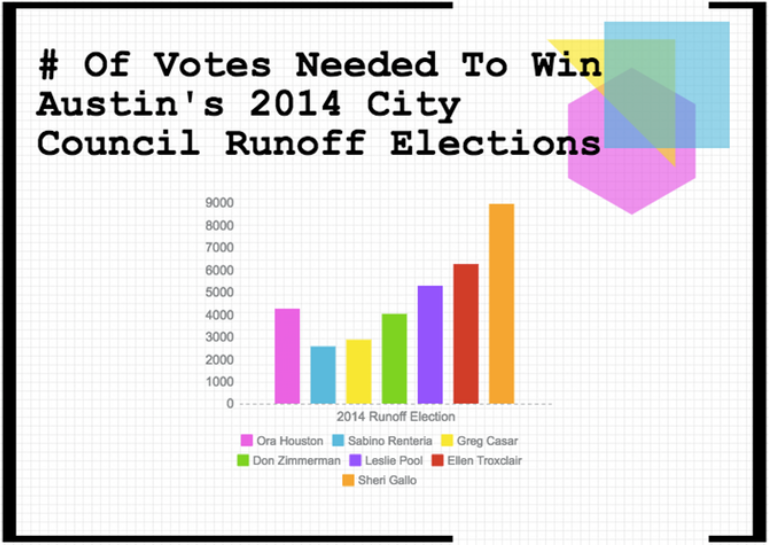 As you can see, in the 2014 elections, some City Council members were able to win with only a few thousand votes.

When turnout numbers are this low, just a few new voters really can make a difference. That’s why, this year, I’m asking my fellow 20- and 30-somethings to join me in doing two things: 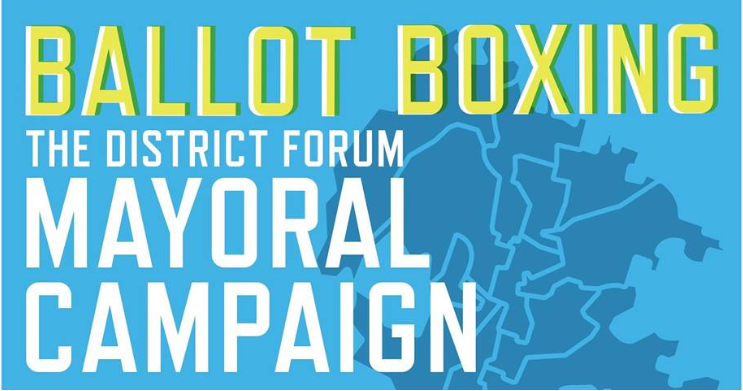 You can’t be expected to vote if you know nothing about the candidates who are running. That’s why this event is so perfect! During the forum you’ll have the opportunity to hear from the people who want to be our city’s next mayor, allowing you to make an informed decision come Election Day!

Plus, before the forum begins, the Austin Young Chamber will be helping to host a happy hour at Full Circle Bar on East 12th Street, complete with free skeeball and some fun civic activities!

You can RSVP here.

2. Organize a voting friend-date with three of your best pals!

Friends don’t let friends vote alone.
Decide when and where you’re going to vote and then invite a few of your friends to come along. Make a day of it! When you’re done, stop by your favorite bar for a celebratory drink! Or grab a good job cupcake from your favorite bakery.

And one more thing, make sure that your friends are educated about the local elections, as well as the fancy national ones. Answer their questions, help them figure out which district they live in, and show them the League of Women Voters guide for additional info.

After all, you never know when just one or two votes will make all the difference 🙂

Election Day is on November 6th and early voting begins on October 22nd. You can find the polling location nearest to you here.