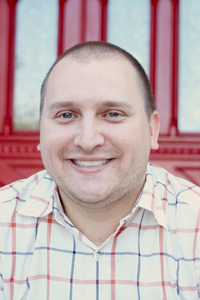 Billy Moyer is a speaker, author, coach and entrepreneur. He went through his first goal setting program at just four-years-old and spoke to his first group at seven. He started his first company at 21 and wrote the first of three books at 22. Billy is a co-founder of SOS Leadership, a leadership development resource center that works with leaders in organizations helping them get the most out of themselves and those they lead in order to improve performance and results. SOS Leadership was named the Favorite Professional Development Source in Austin three years in a row by the Austin Young Chamber. Through his work at SOS Leadership, Billy has trained and/or coached thousands of leaders. He has personally served as the interim CEO or COO for five companies in transition and created SOS Leadership’s Chief People Officer program that has become the core offering of the company. SOS Leadership has 30+ coaches around the US and in three other countries as part of the SOS Coaching Network. Billy is also a co-founder of SOS Publishing, a hybrid publisher that specializes in helping first time authors.

Billy has spoken over 1200 times in his 23-year speaking career about personal development topics like leadership, goal setting, time management and personal responsibility. He is passionate about teaching leaders how to Be the Boss of their Life through personal responsibility and by having clearly defined goals. You may have a boss, but you should always be the BOSS of your own life.

Billy is the co-author of the books The Turnaround: If You Don’t Grow, You Go! (SOS Publishing 2014) and Retreat to Success: Living Your Life on “Purpose” (SOS Publishing 2012). He wrote his first book, Seeds of Success: A Journey from Success to Significance (Leading Edge Publishing 2009) at 22-years-old. He has authored multiple personal and professional development programs and more than 30 articles in professional publications.

Billy has a Bachelor of Arts Degree in Communication from St. Edward’s University in Austin. He is certified in Servant Leadership from Gonzaga University in Spokane, Washington where he completed a Master’s Degree in Organizational Leadership. Billy serves on the Board of Directors for the Austin Young Chamber of Commerce. He also helped develop the Emerging Leaders Advisory Board at Concordia University Texas and now serves on their College of Business Advisory Board. In 2011, Billy was named one of Austin’s 25 top New Philanthropists by GivingCity Magazine. He runs BillyMoyerBoss.com where he regularly posts about how to Be the Boss of Your Life. Billy resides in Austin, Texas with his wife, Ashley. Together they run Bashley Investments and the Bashley Foundation. Through the foundation, Billy and Ashley run Apprentice Austin, a mentoring program for college students and help put on Central Texas Signing Day with E3 Alliance. They contribute to a variety of other education focused non-profit organizations.