On Friday, February 17, 250 Austin Young Chamber members, partners, and community leaders joined us to discuss the current state of the millennial workforce and the future of AYC.

We have never been stronger as an organization or in a better position to support the needs of young professionals in Austin.

Our sister foundation announced two major programs for 2017 — a full time, needs-based scholarship program for any person or organization trying to make an impact, and a young professional summit to bring young leaders together to learn, teach, and collaborate.

The Association discussed where we are in our strategic plan and what is left to accomplish. We are two thirds of the way through the plan and the next step is to make sure all our programs have a positive outcome.

We are going to be an active agent for change. We will not let a partisan divide prevent us from our core mission to connect and empower the millennial workforce in Austin. Our decisions will based on two questions: does it create a trusted, collaborative connection? And, will it create new capital or infrastructure for our generation?

If the answer to either question is yes, we will pursue it.

This will take additional resources beyond membership dues. That is why we launched the ChangeMaker Circle through our Foundation. Any person or group who donates a recurring $25 monthly gift or $300 one-time gift will be included in this giving circle.

AYC is now 9 years old. We are concluding our first decade and we are proud of our achievements. We are so proud of our members and what they have accomplished. We are stronger because we work together. Thank you all for a wonderful State of AYC. We look forward to what is on the horizon for 2017 and beyond.

Congratulations to our ChangeMaker Finalists

Chelsea learned the importance of health screenings when she was just four years old. After failing a vision screening at her daycare, Chelsea found out she was permanently blind in her left eye. Two years later, a failed hearing screening at her elementary school revealed that Chelsea was deaf in her right ear. In fourth grade, Chelsea learned about Helen Keller and surmised “I’m half-blind and half-deaf; I’m Half Helen”—a name that would come to characterize her life’s work. She is committed to providing high-quality, preventive health screenings in schools. As of December 2016, halfHelen Foundation screened over 27,000 children in central Texas and Hawaii! Read more about Chelsea here.

Sam Killermann is a multi-disciplinary artist who puts his gifts to work to achieve global justice as the Director of Creativity for hues. Sam is also the person behind It’s Pronounced Metrosexual, the comedy show performed at colleges and universities, as well as the online resource, which has educated millions of readers on themes of social justice, gender, and sexuality. In 2014, Sam designed an all-gender restroom sign that he gifted to the commons, which is now being implemented on three continents, is featured in the White House, and is becoming the standard for dozens of communities around the U.S. and world. Sam’s work (that he uncopyrighted in 2013) has been downloaded by hundreds of millions of people around the world who utilize it to bolster their educational and advocacy efforts toward equity. Read more about Sam here. 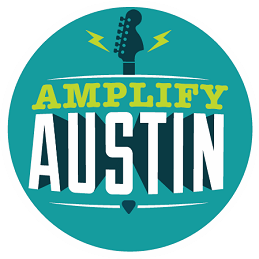 Check out the State of AYC Photo Album 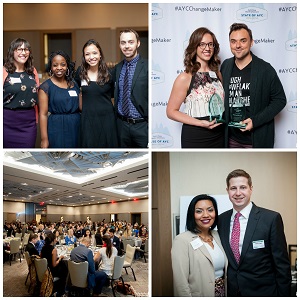 Not an AYC member yet? Join now for a special 25% discount on Elite and General Memberships. This discount won’t be around forever, so act now!