Most young professionals want to “get more involved” in the community, but we all have limited time and energy as we build our careers and take care of others. If there were a way you could build professional skills, “give back” like you really want to, and still focus on caring for yourself and those who matter most, would you be interested? Join this interactive session to discover the keys to reaping the personal, professional and corporate benefits of Giving Back. 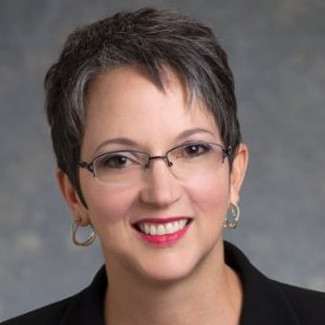 Deeply involved in community affairs in the Central Texas area, Heather McKissick serves as Vice President of Community Impact for University Federal Credit Union (UFCU), which itself is one of the most committed community organizations in Austin and Central Texas.

When Heather joined UFCU in 2013 as Vice President of Human Resources and Organizational Development, she was already an experienced advocate and community leader after serving for seven years as a volunteer and then five years as Chief Executive Officer of Leadership Austin. For decades, Leadership Austin has trained thousands of local residents in community issues and leadership through its programs, and Heather came to know just about everyone who went through the development programs during her years of service.

Part of Heather’s current role at UFCU is to lead the organization’s engagement with the Austin area, as well as the Coastal Region, where UFCU serves the University of Texas Medical Branch and other credit union members. A second element of Heather’s responsibilities is to lead a team that develops relationships with Central Texas colleges and universities, with the UT Dell Medical School, and with a variety of other select employment groups (SEGs) whose members want access to UFCU’s services.

An honored community leader herself, Heather is well-qualified to head these efforts for UFCU. She is a member of the board of the American Heart and Stroke Association of Central Texas; the Young Women’s Alliance community advisory board (and their 2013 “Inspiring Leader of the Year”); and chair of the advisory council for the Austin Young Chamber of Commerce. She served as chair of the Heart Association’s 2017 “Go Red for Women” campaign; as honorary co-chair with Austin Mayor Steve Adler of the 2016 “Austin Under 40” awards; was the inaugural “Austin Under 40 Mentor of the Year” honoree; a “Women of Distinction” honoree in 2014 by the Girl Scouts of Central Texas, and a recipient of a 2010 “Profiles in Power” award. She is also a proud Credit Union Development Educator.

Back to the LEAD Summit & ChangeMaker Luncheon Main Page.